Well, it seems my recent post comparing three popular online superhero generators has generated the most discussion of any post in the history of this blog!

Jeff Hebert, creator of the HeroMachine 2.5 software and website, mentioned my review on his HeroMachine developer's blog. Eduardo Reis, creator of Fábrica de Heróis (aka Hero-O-Matic) left a comment in the commbox for the original post. He even offered to show me a version of my Blue Eagle character that he had created. Thanks, guys. It's nice to be noticed. Reader James said he agreed completely with my assessment, which is also flattering.

Most impressive of all, however, was a comment from reader Laurent who supplied Hero-O-Matic versions of two of my characters, The Blue Eagle and Celtica. 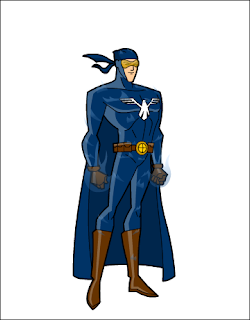 Laurent also supplied three possible Hero-O-Matic versions of Celtica, who is more or less my "flagship" character and who holds a special place in my imagination. Laurent created what he called the "Amazon" version: 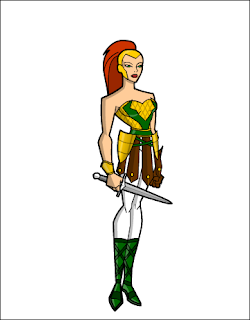 The "Golden Age" version (i.e., how Celtica might have looked if she had been drawn in the heyday of comic books, the late 1930s to the early 1950s): 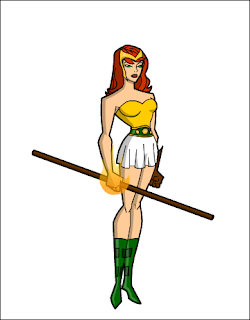 and the "Silver Age" version (i.e., how Celtica might have looked if she had been drawn sometime between the mid-1950s and the mid-1970s): 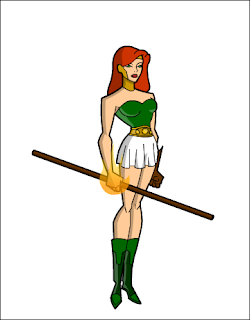 Thanks, Laurent! That's really great work. I hope you enjoyed creating those interpretations. I certainly enjoyed looking at them, and I'm pleased my characters fired your imagination. Now I'm getting excited about these characters all over again, and I hope to create some stories about them.
Posted by Niall Mor at 10:15 PM No comments: